The chipset that the Raspberry Pi Zero 2 W uses is the Synaptics SYN43436. 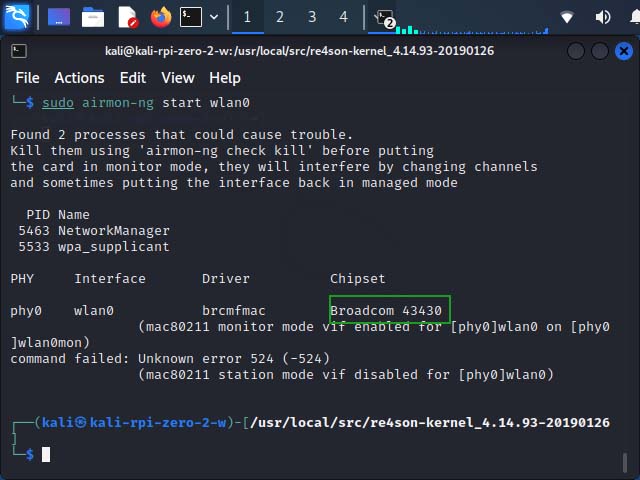 Ostensibly, the WLAN chipset used in the Raspberry Pi Zero 2 W is the Broadcom 43430, according to the screenshot above.

Running dmesg leads me to seeing a mention of the Broadcom 43436.

Unfortunately, I haven’t been able to get the Raspberry Pi Zero 2 W’s WiFi chip into monitor mode.

I used Kali Linux with Re4son-Kernel and ran airmon-ng check kill to kill any PIDs that might interfere with monitor mode, and airmon-ng start wlan0 to toggle the monitor mode on the wlan card, but that didn’t work, as you can see from the above screenshot – error 524. 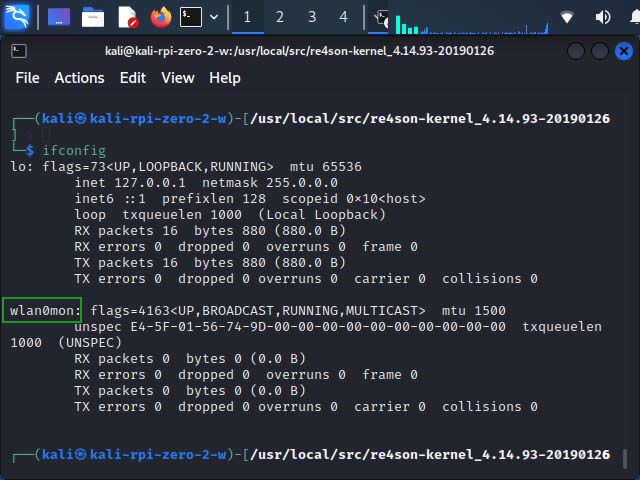 Naturally, running airodump-ng wlan0mon (created by airmon-ng) resulted in no SSIDs being found.

One key aspect that is stalling this is Nexmon not supporting the Pi Zero 2 W’s WLAN chip.

Nexmon is a “firmware patching framework for Broadcom/Cypress WiFi chips” that allows you to enable monitor mode with radiotap headers.

In Nexmon’s readme, you won’t find the Pi Zero 2 W listed in its table of supported devices.

Gaming on the Raspberry Pi Pico

Enter your email below 👇